Get To Know Our Staff 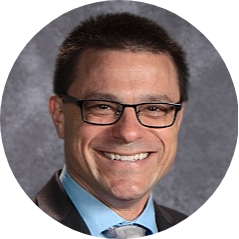 Nicholas considers himself blessed to serve the Lord through John XXIII's mission. "God prepared me for this opportunity throughout my spiritual and professional life." Before joining the Center, he served as the Director of Leadership Development for Cana Family Institute, responsible for the leadership formation of hundreds of leaders throughout the nation. He also led a Minnesota Catholic parochial school's transition from the traditional education model to the Montessori method. At a pivotal moment in the school's history, he spent years building a family-focused, joyful community of children, parents, and staff.

Two decades ago, he graduated from the University of Notre Dame with a Bachelor's Degree in Great Books, in which he studied the seminal works of Western philosophical, theological, scientific, and literary thought. Following college, he lived and worked in a Catholic orphanage for two years in Honduras, where he encountered Christ in the poorest of the poor. Soon after, he experienced a clear call to serve God through His Catholic schools. Nicholas served as a high school teacher and campus minister before pursuing a master's degree in Theology at the Pontifical John Paul II Institute for Marriage and Family Studies in Washington, DC. He then joined a team of educators led by the Nashville Dominican sisters, which founded Saint John Paul the Great Catholic High School, where he served as a religion teacher and the Dean of Instruction & Student Life. During this time, he earned a master's degree in Educational Leadership from the University of Notre Dame. In June of 2016, he received a phone call inviting him to be a Catholic school principal in Minnesota. However, his thin California blood did not adapt well to the cold, and he was delighted to return to Virginia in 2020. "The Lord blessed me with the opportunity to lead John XXIII, and my wife, four children, and I remain ever-grateful to call John XXIII and Front Royal our home." 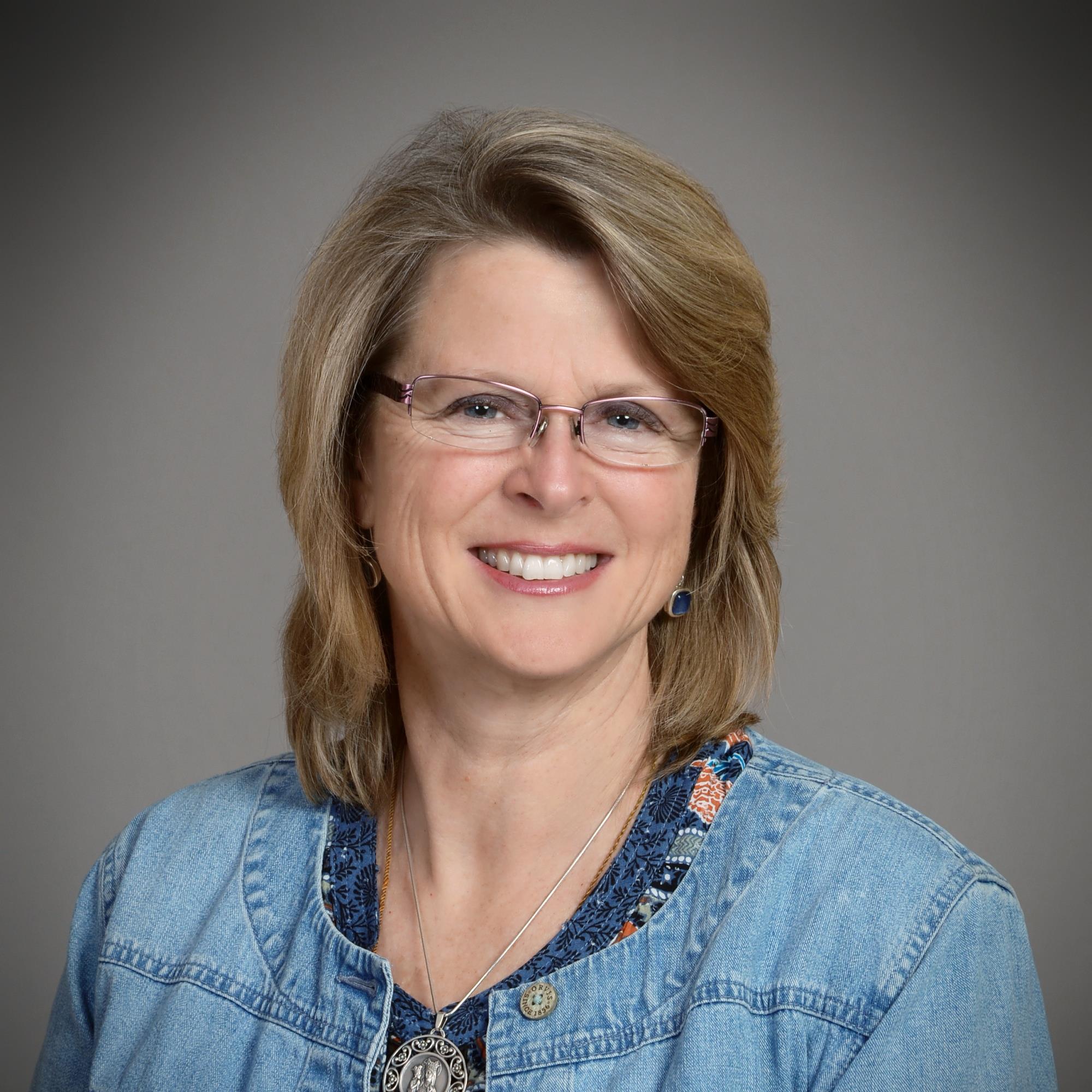 A Montessori child herself, Laura believes deeply in the Montessori way of life as foundational to assisting each child to discover his/her unique place in God's plan. After receiving a B.A. in Religion from the University of Virginia, she and her husband Mark incorporated Montessori principles in the home education of their nine children. Since being introduced to the Catechesis of the Good Shepherd program in 2000, Laura has received CGS certification in Levels I, II, III and Infant-Toddler, and is additionally recognized as a CGS National Formation Leader for Levels I and II. Laura is coordinator with St. John’s parish for John XXIII’s Sacramental preparation, volunteers with the parish's Religious Education program, and is a founding Board member of John XXIII. A proud Nana, she is delighted that seven of her grandchildren attend at the Center. For the past 30 years Laura & Mark have operated Briarmead Farm, a “beyond organic” grass-fed farm producing beef and lamb; a Slow Food DC “Snail of Approval Award” recipient.

Michelle Castellan has a B.A. in Theology from Christendom College and a M.T.S. from John Paul II Institute for Studies in Marriage and the Family. Michelle is certified in Levels I and II of the Catechesis of the Good Shepherd. She has been a catechist with John XXIII Montessori Children’s Center since 2005, serving as the Three Morning Program Level I Lead Catechist and as a Lead Catechist in a Level II Atrium. Recently completing her Early Childhood Diploma, Michelle is the Primary Guide in our Three Morning Program. Michelle and her husband, Bill, have five children, all of whom have attended John XXIII.

Sarah graduated with a B.A. in history from Christendom College and has taught humanities, language arts, SAT prep and math at the middle and high school level since 2007. She began educating herself in the Montessori method the following year upon the birth of her first child, and has incorporated Montessori both at home and in the classroom ever since. With two children on the Autism Spectrum, she intimately recognizes the value of Montessori's individual and communal approach to learning. Sarah joined White Oaks Middle School in its maiden year and continues to teach history and language arts. She also volunteers as a 7th grade catechist at St. John the Baptist Catholic Church. Sarah's children attend John XXIII Montessori Children's Center.

Mary Hambleton has assisted in the Atrium since the early years of John XXIII. She received Catechesis of the Good Shepherd formation in 2013. She now drives from Northern Virginia every week so that her children can attend Atrium and is grateful to work and pray in the Level 1 with the children.

Susan graduated from Christendom College in 1990 with a BA in English. She began her CGS training and assisting at John XXIII in 2006. Certified in all three levels of Catechesis of the Good Shepherd, Susan says that CGS training is a beautiful personal retreat with the Good Shepherd and feels extremely blessed to be able to share this work with children in the beautiful Atrium environment. Susan and her husband Chip have 13 children and one grandchild and live in Bentonville, VA.

Becca graduated with a BA in Art from Troy University, and following graduation, spent 3 years as a FOCUS Missionary at George Mason University. While a missionary, she was introduced to the Montessori method and in 2011 she became CGS Level 1 certified. She then spent 3 years assisting in a Primary environment at Siena Academy in Great Falls, VA, before taking a sabbatical to stay home with her children. In 2019 she volunteered for a parish atrium at Christ the Redeemer in Sterling, VA and in 2020 she assisted in the Toddler program at Siena Academy. She and her husband, Mike, and their 3 children, are beyond thrilled to be here in this community.

Danni graduated with a BA in Philosophy from Christendom College where she first experienced and witnessed the joy of children in the Catechesis of the Good Shepherd program when she volunteered in the Level I Atrium. She completed her Level I Catechesis of the Good Shepherd training in 2018 and has served in various roles at John XXIII since her children began attending in the Fall of 2018. Danni now is the Committee Head for John XXIII's biggest annual fundraiser, SlowFoodVastWine, which occurs at the end of April, and also the Fall Farm Feast in October. Danni and her husband, Tim, praise God for the blessing of their five children: Malia, Titus, Audrey, Siena, and Cora.

Jennifer Miller received her B.A. in History with a minor in Sacred Music from Franciscan University of Steubenville. She has deep southern roots from Texas and Louisiana, but has lived in the Northern Virginia area for over 25 years. She is the original creator and developer of the Liturgical Year section on Catholicculture.org, and also writes the Liturgical Year blog on the website. Montessori and the Catechesis of the Good Shepherd have always been a priority for her now two teen-aged sons through homeschooling, atrium, and in the classroom. Jennifer is trained in all levels for the Catechesis of the Good Shepherd, including the seminal Infant/Toddler. She has been an active CGS catechist for the past 8 years and is currently the Coordinator for the Atrium Program for CCMA, and oversees the sacramental preparation. When she’s not working on the Catechesis or reading, Jennifer loves working with her hands either playing piano, sewing, knitting, crochet, and more.